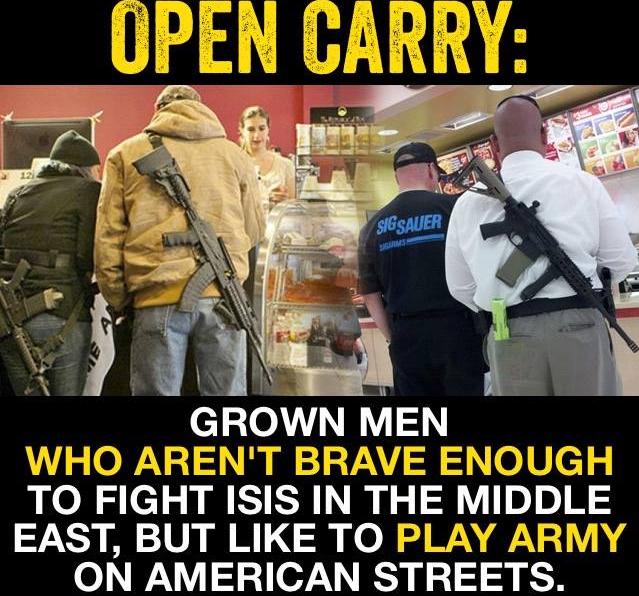 Wouldn’t it be easier to just sign up, join up … you know .. . bravely figure out a way to put on a uniform where the open-carrying of a weapon means some thing … legal or otherwise.

But all this strutting about and preening does nothing to engender the image or make the statement obviously intended.

2 thoughts on “On Purchased bravery, heroism and open-posturing”