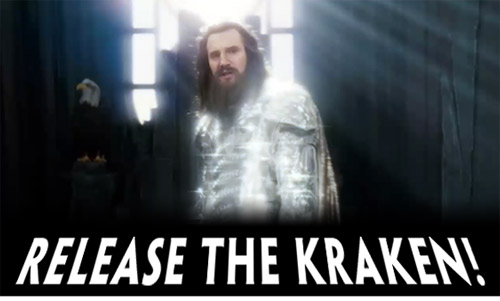 These things come in cycles …

What goes around comes around …

And the wicked (whoever that is) shall harvest their crops …

Our wonderful Episcopal Dean spoke about global warning a few weeks ago from the Gaia point of view. Gaia – you know, Mother Nature, Planet Earth, the orb in space teeming with all the life that is hosted and provided for where we all reside. I can’t remember his exact words, but they conveyed this basic idea:

Mother Earth … our Planetary One is going to be fine. She is not going to be destroyed nor will she die. It is we who are in trouble. Mother Earth is telling us that she will be fine, but that she will no longer provide for our needs, protect us from the elements or the effect of the Sun and space on what happens. As if she says, “I can no longer take care of and protect you. You are on your own.”

So goes it with that mythic and so-called greatest country in the world. We have a young history in the timeline stream of nations and empires. Much of our American History is defined in history books as one long series of wars and political events – as if those are the only things that define us.

We’ve created our myths … notions such as American Exceptionalism, the country that saved the world from colonialism, communism, fascism and Nazism, not to mention Native American Depredations that we mythic-ally did not have coming to us,  a myth about racial and human equality that gets propounded fully so long as nothing happens to our un-admitted white supremacy (oops! I meant white privilege.)

More than one of our prominent and active national religious groups will not hesitate to declare that America is the choicest of global nations, even rumored to have been a country formed by God and long-sustained by a so-called curtain of protection based on our righteousness and rejection of church-defined spiritual “evils” … until by changing our minds we offended a thin-skinned God who – as Brother Falwell and Prophet Robertson insisted – withdrew his curtain of protection, resulting in the tragedy of September 11, 2001.

So in global and national affairs, I am willing to agree with my Dean regarding the fact that God and Nature have always done what God and Nature does and that rather than punish us for abusing the planet, we are entitled and obligated to reap the whirlwind, so to speak, and get what is coming to us.

However, and for me this is the best part about God and Nature whether they have a totally unbounded sense of  humor or a magnificent sense of irony – about which we dumb humans are mostly ignorant, I have a limited and mere mortal observation regarding the Divine (whatever that is) in our American lives.

Over the years our politics have careened out of control. When? Hell, I don’t know. But the signs were all there going way back.

We won a war of independence, our revolution, in the usual way. We became models for revolutions in Europe, Mexico and South America and who knows where else in the subsequent 240 years. We seemed to assume perhaps that we were the role models and mentors for the overthrowing of tyranny everywhere. In this we took ourselves way too seriously. (Think the Monroe Doctrine among others.)

We got too big for our britches and challenged a recent loser (England in that prior war) and in 1812 would up having to accept a draw this time that included the British Army sacking and burning our sacred national capital.

We pounded our chests politically for decades and argued about whether or not Black Lives Mattered, tied that question to our expanding statehoods and Manifest Destiny, and ended up in a civil war over that question.

We also experienced one or two come-uppances from the Native Americans over whom we trod with a massive military superiority that left them hopelessly outgunned and outnumbered. And we bragged about our exploits and made heroes of our ego-driven greed-driven and ambition-driven gun toters and money bags. Little Big Horn left us braying like milquetoasts who had been unfairly and undeservedly mugged in Central Park.

And  our white supremacy religion became an aider and abetter to the notion that our superior morale clarity came from one of the worst fundamentalist Christian attitudes ever.

Still we did not learn, initiating wars of conquest (contrary to our National Myth and think war with Spain, the Maine explosion and San Juan Hill.)

We warred two world wars to make the world safer for everybody and that was good.

But we didn’t do it alone. Although some large-mouthed drugstore patriots like to make much of how we seemingly single-handedly won WWII and to quote the notorious Bush-years patriots, “saved France’s bacon,” it was not America that took everything Hitler could throw at them and were still standing at the end (that was Great Britain). It was not America who took everything Hitler could throw at them, lose 20-million citizens which was humongously more than we lost and was still standing (that was the Soviet Union.)

It was true, we got to the big firecracker before the Nazis did and it can be said we ended the war with a bang, rather than with a mature and well-thought out demonstration that might have resulted in a negotiated end.

Hence we today continue our global and national swagger, led by our politicians and more increasingly contributed to by our journalists, our broadcasters and our celebrities of every stripe. The swagger led to wars in which we could not longer claim victory, only stalemate, or worse, humiliation. Our politicians however still maintained the rattling saber in most directions; and new directions as well (wars on drugs, wars on poverty, wars on you-name-it.)

The rattling saber seemed to have become the first tool off every politician’s shelf. Over time it only got worse.

In the 1980’s the religious right woke up and got involved and since they were mostly reactionary amateurs, jumped into the middle of the political fray with little civic understanding and a big ego that insisted that God is angry with the unsaved. They presumed themselves to be the loud, vociferous and indignant voice of the God who had decided to interject his patriarchal self into the national affairs of the world’s chosen nation.

Partisan politics  became to poorly thought-out tactic of the party who had for years been in the congressional minority despite having elected several presidents. That party wanted a political and social reboot, thinking that the only way to get the same would be to overwhelm the opposing but dominant and equally corrupt democratic party.

That for the most part is how Conservative politics devolved since the 1980’s into a perceived majority of American Righteousnes. Liberal became a dirty word, a label comparative to communist, traitor, less-than-human and even the N word (although most of the cut-and-paste labelers on social media cannot accurate define or portray a liberal or liberal philosophy.) The simple reason is that in so-labeling a political viewpoint, masses of voters could be trained in a mindless way to reject any idea not Conservatively Approved.

It’s not unlike a fundamentalist religion that trains its members to react in knee-jerk fashion when someone offers a perspective contrary to the group think or questions a perspective commonly-held and revered within the group.  In that regard, a contrary opinion is on the road to heresy and apostasy.

So goes it with our current political environment. We on the same side are the good guys and you on the other side (or vice versa) all are the bad guys the less-than-worthy.

Which brings me to my own intuitive mindset.

I don’t believe in a co-dependent God who interjects himself into human affairs. Such a God would not be God if that were the reality. God would be a partisan, nit-picking, helicoptering heavenly parent who doesn’t trust us to ever be wise.

But … having said that, I would express the idea that if I were the loyal believer in a Divine Meddler, I would have to evoke the Left-Behind spirit of prophecy and make this comment about how such a Lord has decided that silliness has gone on long enough.

In this moment in time only (and not forever and in any way to vindicate or indicate that Democrats are now the good guys,) I come to the idea that started this essay:

These things come in cycles …

What goes around comes around …

And the wicked (whoever that is) shall harvest their crops …

The desperate and radical country-changing plot initiated by party and ideological strategists in the late 1970’s has come to culmination in 2016.

God is about to shake the snow-globe.

Republicans, with a long recent history of propaganda, rhetoric, and broadcast manipulation have created a Krakon-Beast they should have had the wisdom to see coming down that escalator when Candidate Trump first came out of his closet.

That Krakon-Beast has now been release, is on the prowl and about to possibly destroy the party despite the best efforts of party leaders at salvaging. Their downline candidates are at greater risk with the implication being that majorities in the Senate and House are at risk, driven mostly by the Krakon disaster.

That Krakon and his 14 million angry mostly white voters will not prevail in a country where recently the total vote was approaching 120 million, and just might cost the party majorities in both houses of Congress, particularly when anti-gerrymandering legislation is in the wind.

That Krakon has brought out the worst of our human emotions and actions and – aided and abetted by broadcasters who need to make a story where a story doesn’t exist – almost daily lower our national civic IQ.

Faux News,the flagship broadcaster, is mired in a sex scandal that tends to cover up the fact of its shrinking audience of viewers who believe that what is broadcast is in actuality fair and balanced. (Think the hysterics of Hannity and O’Reilly – neither of whom are no longer widely admired or trusted.)  Murdoch has to do something about the loss of news credibility. Although the FN audience has not dwindled to the mere 14 million who voted for Trump, but it just may get there before the owners decide to change tactics (thereby causing CNN and the rest to ponder a return to old-fashioned real journalism.)

The intersection of the emergence of the Krakon, the fall of the broadcaster, the cyclic rebound of the opposing political philosophy and – I might suggest – that God is re-shaking the snow-globe … just a little bit.

At least there is more hope than in recent years … from a fundamentalist view, that is.

Vote … vote for competence as you yourself define competence. And quit telling me who you will or won’t vote for based on what someone else taught or convinced you to accept without you doing any personal work. Laziness is why we are where we are in this moment of intersecting disasters.

One thought on “Seeing the hand of God at this moment in time.”

Leave a Reply to The Possible Ks Cancel reply