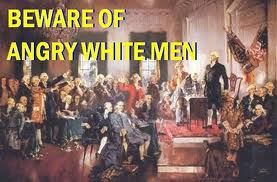 Some key supporters have begun to migrate away from Trump, notably Republicans, independents and white men. Trump’s approval among Republicans dropped to just 74 percent, a 14-percentage-point tumble from last month, according to IBD/TIPP. His approval among independents fell 11 percentage points to 29 percent. Among white men, one of Trump’s strongest demographic bases, his approval rating fell from 58 percent to 49 percent.

But then what do you expect when Mr. President turns on his allies and un-protects the wrong things?

Or this angry old white man who got relieved of a certain duty: