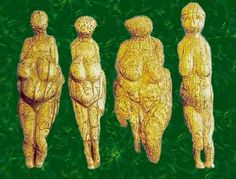 One thought on “Weeny religion: The killer fantasy of the arrogant child of the Goddess.”