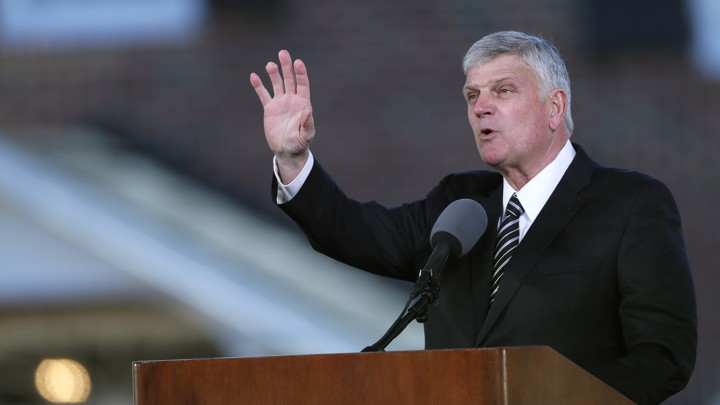 Franklin Graham portrays those with whom he disagrees politically as under demonic influences.Leah Mills / Reuters

“There is no biblical or theological case to support the claim that critics of Donald Trump are under the spell of Satan. It is invented out of thin air, a shallow, wild, and reckless charge meant to be a conversation stopper.

Just ask yourself where this game ends. Do demonic powers explain opposition to all politicians supported by Graham and Metaxas, or to Trump alone? Would they argue that all Christians (and non-Christians) who oppose Trump are under the influence of Satan? What about when it comes to specific issues? Should we ascribe to Beelzebub the fact that many Americans differ with Graham and Metaxas on issues such as gun control, tax cuts, charter schools, federal judges, climate change, the budget for the National Institutes of Health, foreign aid, criminal justice and incarceration, a wall on the southern border, and Medicaid reform?”