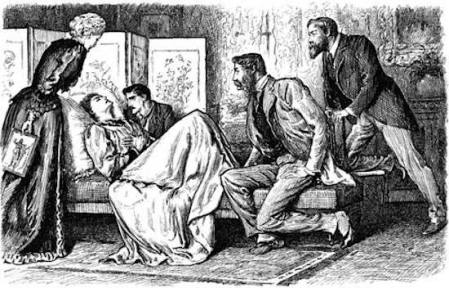 This from the man who must think he is the smartest congressman the state of Utah ever elected.

The hearing today started with a tearful speech by Chairman Jason Chaffetz, in which he appeared to blame his mother’s death on Planned Parenthood. Chaffetz argued that federal money granted to Planned Parenthood should be spent on cancer research instead.

Now this is one gifted, poised and courageous bureaucrat dealing with an uninformed (or informed but deliberately behaving badly) mob of angry posers … who in truth are wasting the people’s time and money on nonsense.

“I don’t really know. I do think some of the comments were pretty sexist, but actually I think it was because they didn’t have anything else to talk about,” she replied. “It seemed like they didn’t want to talk about any issues that were relevant to the topic at hand. And frankly, I was a bit dismayed at how little many members of the committee even knew about women’s health at all.”

Or to put it another way with grand-standers uninterested in facts and truth: