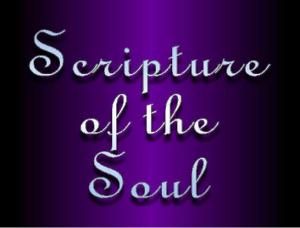 What follows is the first of a two part essay on how I came to discover and enjoy a life-long love affair with scripture. Although no longer attending the LDS Church and participating in any of its activities, Part 1 is expressed in context of my cultural and heritage-based connection to the Church, to its scriptures and my personal experience.

In the summer of 1965 my own assessment of how I might be a man worthy of a mission call was somewhat tempered by an inner awareness and admission that I was a social Mormon more than a testimony Mormon.

No one more than I was aware that I had not prayed according to the Moroni formula in chapter 10 of the Book of Mormon which was a constant teaching theme in Church, youth group and Seminary classes.

No one more than I was aware that I had been going through the duty motions to please family and peers more than a consequence of the inner-convicted faith of someone like Nephi in the Book of Mormon.

The only “spiritual” moving experiences seemed to come with my response to Mormon music – mostly the hymns that I liked the best. I’ve only recently come to realize that I have been brought “spiritually” to tears more by music than the spoken word, more by the tune and melody of a favorite hymn than any sermon or lesson.

That is still true today.

In the LDS Mission Home in 1965 I was given an English copy of the missionary Six Discussions and told to start memorizing. Later I would be given the same thing in Spanish after I got to the Language Training Mission at BYU in Provo.

Well, it was something other than the bible and Book of Mormon so I looked it over. … and saw the things I would be teaching and testifying to non-members interested in the Church.

Then I knew about fear … the fear of exposure as a fraud and how I would seriously struggle saying any of that “I know” and “I testify” stuff in the discussions with strangers while maintaining a straight face.

I went after the Mormon-formula testimony as instructed. Ask God if it’s true and you will feel it. I didn’t know what the hell that felt like and to my memory my bosom never even scorched, let alone burned.

In Provo, spending full time learning Spanish and memorizing discussions that were formatted like the lines I would use in a six-act play, I had plenty of time to my thoughts … which had always been very private and very secret.

From that time forward I don’t remember ever sharing in depth my secret thoughts with anyone … although I had had moments of sharing worries and fears with my mother. But my thoughts were mine. I mostly kept them private when concerned with the most important matters.

I think then that in the Language Training Mission – since I could not keep Jesus out of my thinking – I somewhat reluctantly invited the Lord to be a presence in my thoughts and perceptions.

I also became reconciled to the idea of having to make do mostly with scripture rather than science fiction, etc. As an avid reader from early grade school, I might be limited to the Bible and Book of Mormon, but I could quit feeling sorry for myself and at least read them.

Later in life, in my 40’s, I worked seriously with the Church’s Topical Guide (a kind of concordance) and marked my scriptures up so thoroughly that it seems now that some sort of expert could reconstruct my life story from an analysis of how I marked and organized scriptural references.

In retrospect, I admit that I had no sense of being in a thinking minority inside the church and culture – of being something of an intellectual. I did not consider myself intellectual nor did I discern any differences in how anyone sought or absorbed knowledge and new information that they encountered.

I think that I thought of myself as someone who was more curious in a literary and education sense than most people around me. As a curious sort, I wanted to not only know what and how, but why.

I was to my knowledge never a scriptural literalist and that I chalk up to the teachings of the Church: We believe the Bible only so far as it is translated correctly.

I know the Church taught me that the Book of Mormon was the truest book ever on the face of the earth, but I don’t recall ever being taught to blindly accept its teachings without praying about it.

So I started a love affair with scripture that was not based on reading The Law according to someone else but based on expecting a whisper as I read. It was how I understood the Moroni promise. It was an unconscious expectation since at that time the words and concepts I put in the above paragraphs were not part of my experience on perception of life and learning.

The promised whisper of the Spirit never set fire to my bosom.

Yet from the get-go of my courtship with scripture, that reactive sense of quickening, never seemed far away or too infrequent to be worth the bother of search, ponder and pray.

Prayer then, related to scripture, was the Moroni promise – and it was a promise that gave me confidence. It was all about sincerity and trust along with a smattering of worthiness, but not so much as to discourage me, a sinner, from even trying because I might not be worthy of God’s attentiveness.

What happened for the rest of my life … even after the correlated Church rose to the fore and began its micro-managing style and tendency to censor … was in fact a consequence of how I learned to learn within the Church culture. They taught me to ask God, to trust the promptings if and when they came, and then act on the promptings.

When I later heard that Brigham Young expressed the idea that he feared the membership would act on his counsel without praying about it and getting a confirmation of its truthfulness, I was not surprised.

It was the way I had finally come to be a genuinely active Mormon. I had come to my own burning bosom sense but seemingly completely ignorant of the fact … because a lot of times the prompting never centered in my bosom, but in my mind where the Spirit interacts the most.

My chest rarely speaks to me except when I am out of breath from exertion or have perhaps heartburn. But the Spirit speaks within my mind quite frequently and when the strength of the voice is sufficiently powerful, my heart feels it too … what I call a quickening.

So scripture formed the earliest focus of quickened learning and also formed the earliest workable understanding of how the Lord works with individuals; how in fact that still small voice “whispers” loudly enough to make itself heard in time for me to act.

Even today I cannot testify of the absolute truthfulness or inerrancy of the Book of Mormon any more than I can the Bible, The Doctrine and Covenants or the Pearl of G.P. … but I do not see that as important, except to scriptural literalists inside and outside the Church.

I was never a fundamentalist in that respect.

But I can testify to being prompted – whispered to – if you will, by an assortment of scriptural verses over an assortment of moments in my life when needing to know was great or when appropriateness and timeliness was critical.

That to me is the mystical sense of religion that differentiates mechanical practice and religious busy-ness from a genuine moment-by-moment life of the spirit that exceeds any performance-based religiosity.