One of the few places I’ve visited where I actually wanted the T-shirt they were selling. 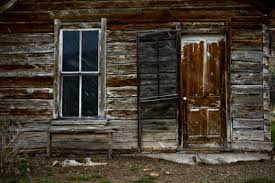 a working saloon (with a long wooden bar, mirror and piano), 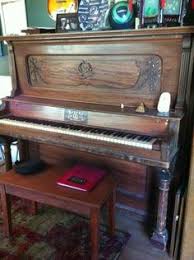 a hotel with local civic offices downstairs and an upstairs full of halls and rooms that would satisfy any Hollywood western you’ve ever seen) and where at the rear of the hotel is the largest old wood-burning stove I’ve ever seen that had around 12 hot plates and was obviously used in the restaurant kitchen, a doctors office right out of Doc’s Gunsmoke place),

general store, an assortment of single and double-wide out-buildings,

and of course the two-story Masonic lodge with the impressive classroom including big and long blackboards underneath and where it is suspected that the privacy of the Masonic lodge was a good place for men of all sorts (when an official lodge meeting restricted only to Masons was not being held) to plot in extreme privacy the establishment of a Vigilante Movement that summarily executed some 20+ outlaws including their leader, Sheriff Henry Plummer. 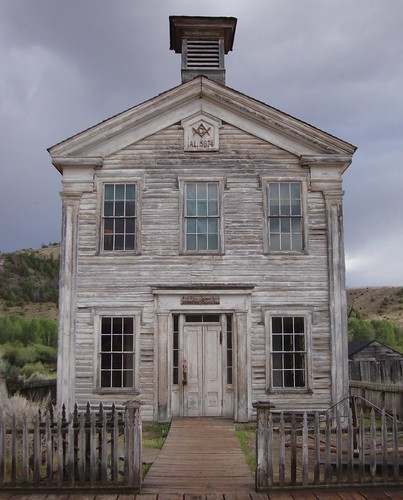 The Methodist Church and story behind it’s establishing reflects everything from a desire to oppose the godless greed and evil among the men and the soiled-doviness of some ladies as compared to the clean and righteous gentrified ladies.

In fact, Bannack as it sits now would and probably did serve as a model for those Hollywood back lot and interior scenes.

Bannack is a historic preservation ghost town where the preservation has been serious. There ain’t no staged shows of gunfights or any of that. For such things go East to the ghost town of Virginia City.

… Oh, and the old traditional wood-burning stove in the drug store is classic, but so is the moonshine still sitting next to it.