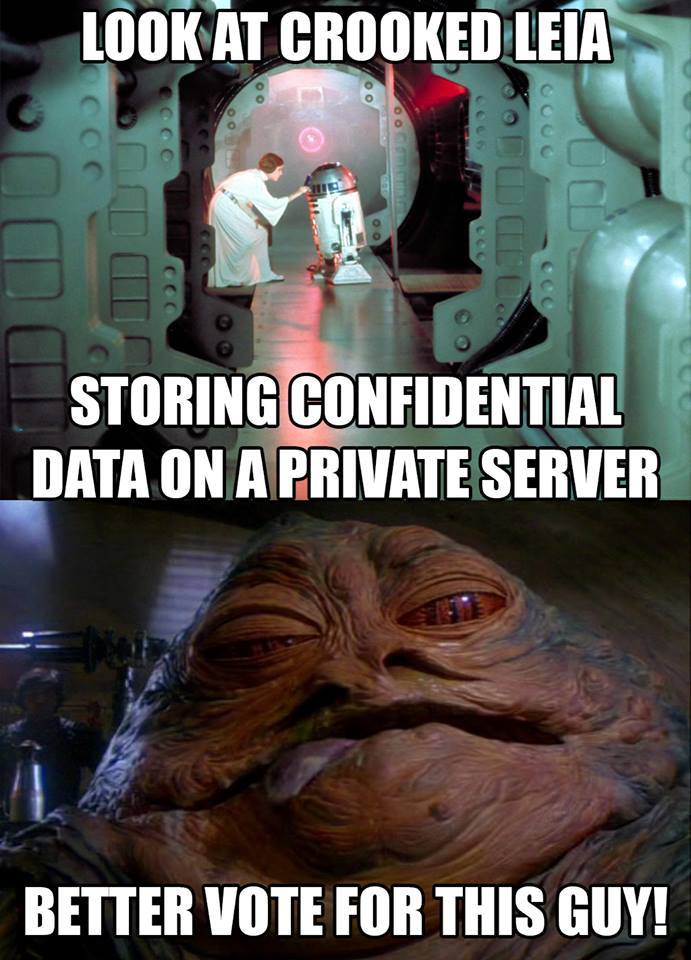 Speaking of supporting this guy, how about them patriotic reporters of suspicious stuff?

Moustafa Bayoumi:‏@BayoumiMoustafa
I’m a Muslim, and I would like to report a crazy man threatening a woman on a stage in Missouri.

Zainab Chaudry:‏@zainabnc
Creepy orange clowns sighted recently across the country. Some say they saw one pacing the debate stage tonight.

Speaking of Twitterers and influence:

Donald is my age … nothing for me to brag about … only embarrassed.

“Donald Trump spent part of Sunday night’s debate boasting about how many followers he has on social media.

When asked if he had the discipline to be a good leader, Trump gave a long and rambling answer that ended with a brag about how he had a combined 25 million followers on Facebook and Twitter.”

The pop star responded ― where else ― on Twitter to NBC’s Ronan Farrow, who had tweeted about Trump’s brag: