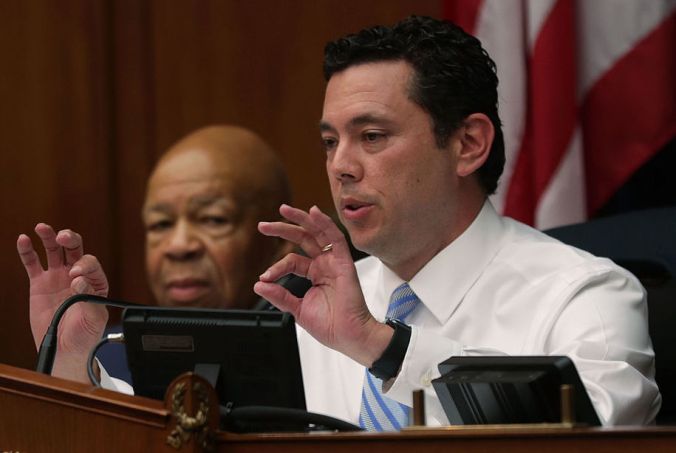 Jason Chaffetz promises to waste more of your money investigating nothing

“But I still have a lot of questions: Is that new information? Is that classified? What other people are implicated? How many other instances were there? We don’t know the answer to any of those questions,” Chaffetz continued.

Even Chris Wallace of Fox News has had enough.

SANDRA SMITH (CO-HOST): Should Hillary Clinton win the White House? Chris Wallace, what are the weeks and months look like? Do her problems follow her?

CHRIS WALLACE: Oh I think clearly they do, but I’m going to say something that may get me kicked off the couch here.

WALLACE: I hate this. I think that we’ve had awful lot of this. I think it’s a legitimate issue. She did create this problem, but the idea that you hear the Republicans threatening new investigations, again this is the premise, she’s the new president, of the president-elect. You have Republicans talk, like John McCain and Richard Burr and Ted Cruz saying we’re not going to confirm any of her nominees for the Supreme Court. Just going to block it for four years.

SMITH: But you know as Jason Chaffetz would say, as he sits on the couch often, and he tells us, I have a job to do.

WALLACE: I don’t care. There are other things to do. America’s got other problems. I just think that, if she’s the next president, even if she isn’t, let’s get on with life. It is not like the email issue hasn’t been litigated and Clinton Foundation, now we’re going back to Whitewater in the 1990s which went nowhere. Let’s address people’s problems, the things that affect their daily lives.