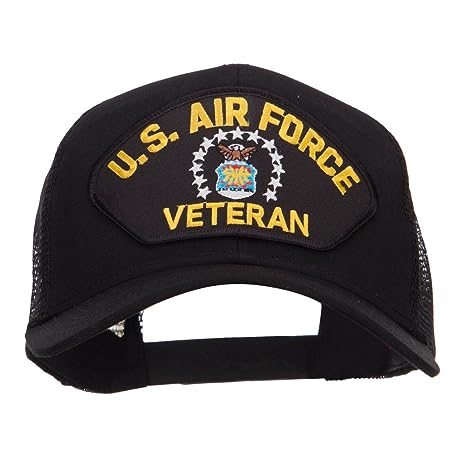 We’ve been out and about all day today beginning with a Veteran-discounted steak dinner at Black Angus in Spokane Valley.

I bought a new cap a couple of weeks ago because I thought it was about time I publicly acknowledged part of who I am. It is the current cap I wear, replacing the long-time Alaska Air Lines cap my daughter gifted me a few years back.

What has been interesting is the reactions to that cap as I tend to forget what the cap says … until someone walks up to me and thanks me for my service.

You see, I tend to be very self-conscious about that expression of gratitude to me given the numbers of wars that followed the Vietnam Era during which most men and women my age served. Thanking soldiers for their service beginning with the Gulf War and extending to the conflicts of today, seems to have become something Americans do not hesitate to express. I also tend to think that collectively there is an American conscience and regret about the way Vietnam Veterans were treated when they returned to the United States.

That conscience and regret is part and parcel of the more evident respect for those who give military service.

I think of those who did make the ultimate sacrifice every time someone thanks me for my service. I also think of those whose lives have been permanently scarred through injury connected to serving in war time – physical, psychological and emotional. So I get self-conscious.

Life circumstances have left me with not truly knowing how my own children and grandchildren might perceive me as a Veteran who served. I often wonder how I might talk about how I felt during those years living closer to harm’s way than I did before or since.

I do know that something is kindled every time I am thanked for my service. At the VA hospital during my annual physical check up my doctor formally but with tenderness thanks me for my service.

As a Veteran, I salute my brothers and sisters with whom there exists a sense of belonging and camaraderie that never fails to surprise me when I am reminded by someone else that I too am a Veteran.

I re-publish the article that follows every year and for a reason that never changes.

I invite you to read it and understand why.

Atop one of the bookshelves in another room in my home sits the triangularly-folded American Flag given me at the gravesite of my father back in 1993.

Dad’s death came upon us quite suddenly. We had long anticipated his passing as the years wore on – our unspoken suspicion that it would be liver failure that would get him.

When our fears were realized things happened quickly. From the time of diagnosis to the grave site was six or seven weeks in February and March, 1993 when I drove the 800 miles to Idaho so we four adult children could meet with his Doctor. Then a drive back to Idaho a few weeks later in March for his funeral.

As the oldest son I was allowed to speak at Dad’s service in the church in the small town where I grew up – a village from which Dad rarely strayed over most of his life. The longest time away was his service in the war.

I remember standing at the podium in that funeral service and looking into faces of folks old and young whom I’d seen in that church practically every week for the first 19 years of my life.

I recall assuring all the devout and not-so-devout who had come to the service that although my Dad had not been a church-goer, was not temple-endowed (an LDS thing) nor temple-married, none of that mattered to God. There was joy in heaven when Dad showed up.

I grew up in a house Dad paid $47 a month to purchase in a town four blocks wide and four blocks long that sheltered less than 500 souls.

My earliest memories of Dad working are at the gas station he ran in the late 40’s and early 50’s. Then he became a John Deere farm-implement salesman all over the Southeastern corner of Idaho.

Dad did alright selling tractors cause lots of farmers knew him as the singer and sax player in a three-man combo that played every Friday and Saturday night for 20 years from the Wyoming line to Pocatello.

That was my Dad as I grew up knowing him.

I didn’t know what he did in the war until one night when I was playing on a kids’ Morse code toy connected by a long wire to the neighbor kid next door. Dad got a big grin, went into a closet and pulled out a large chrome or silver electronic Morse-code device that was much more than push down on a cheap plastic tab.

After plugging it in he laid his arm on the table so that the end piece fit between his thumb and first finger and began moving his wrist back and forth causing the metal key to touch connectors on each side at the other end. They emitted a beeping sound. Dih-dih-dih, dah-dah-dah and all that.

He folded up the newspaper and although he hadn’t touched the device to my knowledge since the late 40’s he proceeded immediately to “send.”

He tapped out an entire Salt Lake Tribune newspaper article at an incredible speed that sounded like it might be as fast or faster than I could have read it aloud.

That was his duty – among other things – that he did in the war while stationed on the Aleutian Islands . He sent, received and monitored radio transmissions out over the Pacific.

He didn’t talk about it.

So far as we knew he had no apparent combat scars and never had to fire a weapon in anger at anybody. There were a couple of photo albums of Dad in training in Missouri and Wisconsin followed by pages of Aleutian shots – mostly quonset-hut barracks.

But Lietta and I watched a show in the past year about how back then Japan took one of those Aleutian Islands and the Americans had to fight like hell to throw them back out.

Those were the years Dad was there but I never heard him talk about those events and to this day none of us know whether he participated in battle.

When I was growing up Dad belonged to the American Legion – which meant very little to me until the day I was called to the High School office and was told that I had been selected to go to the Idaho Boys State (a summertime mini-legislature at the State Capitol.)

My mother said it was because among boys my age eligible to go, it was my Dad’s active membership in the American Legion that gave me an edge.

No, he didn’t talk much about what he did in the war.

My younger brother and I are also Veterans who in the 1960’s enlisted within six weeks of each other. We both held Security Clearances and neither of us talked at all about what we did back then.

We were Cold Warriors, but Dad’s was Hot.

None of us talked about it casually … ever.

You served, you paid attention to your duties and kept most of it to yourself.

In his later years we all had become somewhat estranged from Dad because of his drinking and deliberate quest to be alone all the time.

My mother divorced Dad when I was in my early thirties and living in Texas.

Dad didn’t move far away from that $47-a-month house. I remember visiting him when I was in my late 30’s and he was living in an apartment 16 miles from where he had raised me.

The room was mostly dark, the curtains drawn and the television was always on. I knew he had the TV schedule for all three network channels memorized. He once told me he was ready for us to leave cause one of “his shows” was about to come on.

There was no bookshelf in his living room – just a night stand next to his lazy-boy. There were a couple of photograph albums full of pictures taken in the late 30’s, 40’s and early 50’s. There was also a thick and heavy remembrance book about World War II.

I have that book and those albums on the same bookshelf where the tri-corner Flag sits atop it on the highest shelf.

After the funeral we drove less than a mile to the town cemetery. It was cold and the wind was blowing but there was a fine group of family and friends who watched as his flag-draped casket was off-loaded from the mortuary limousine and in short order lowered into the ground.

I don’t remember who retrieved the flag from that casket but when he gave that Flag to an American Veteran’s son, the son finally cried.