Lengthy but well worth reading. 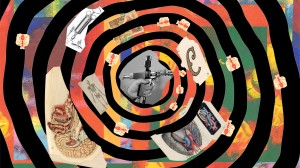 America Is Trapped in a Pandemic Spiral As the U.S. heads toward the winter, the country is going round in circles, making the same conceptual errors that have plagued it since spring.

“Many Americans trusted intuition to help guide them through this disaster. They grabbed onto whatever solution was most prominent in the moment, and bounced from one (often false) hope to the next.

They saw the actions that individual people were taking, and blamed and shamed their neighbors. They lapsed into magical thinking, and believed that the world would return to normal within months.

Following these impulses was simpler than navigating a web of solutions, staring down broken systems, and accepting that the pandemic would rage for at least a year.
These conceptual errors were not egregious lies or conspiracy theories, but they were still dangerous. They manifested again and again, distorting the debate around whether to stay at home, wear masks, or open colleges.

They prevented citizens from grasping the scope of the crisis and pushed leaders toward bad policies. And instead of overriding misleading intuitions with calm and considered communication, those leaders intensified them.”

… “Trump embodied and amplified America’s intuition death spiral. Instead of rolling out a detailed, coordinated plan to control the pandemic, he ricocheted from one overhyped cure-all to another, while relying on theatrics such as travel bans.
He ignored inequities and systemic failures in favor of blaming China, the WHO, governors, Anthony Fauci, and Barack Obama.

He widened the false dichotomy between lockdowns and reopening by regularly tweeting in favor of the latter. He and his allies appealed to magical thinking and steered the U.S. straight into the normality trap by frequently lying that the virus would go away, that the pandemic was ending, that new waves weren’t happening, and that rising case numbers were solely due to increased testing. “

1 thought on “One of the finest summaries and prognostications on our national COVID moment I’ve seen.”