In 1975 I was less than a year out of the military, having moved my family from Offutt Air Force Base (Omigosh, Nebraska) to Houston, Texas.

Later that year my grandfather passed away at age 87 and I drove the family to Idaho for the funeral. People who know me best would insist that I turned out more like my Grandfather than my father, who, for most of my adult life was distant and emotionally unavailable.

After the funeral, we left immediately from Idaho for Texas. Driving down the eastern front of the Rocky Mountains near Colorado Springs, I was in my own inner world thinking of my childhood, my grandfather who had been so much more a male role model than my father, and listening to after-midnight radio to help me stay awake and alert.

A song began that immediately captured my attention, A beautiful but simple melody with chords and phrasings that even I, a church organist for most of my life, recognized as something I could immediately sit down and replicate in my own style. The song was powerful and to my delight, the DJ must have felt the same way. When the song ended, he simply commented on its beauty and played it again.

That double dose left the imprint I needed to replicate the piece the next time I was at a keyboard and I then made it one of my all-time’s and have played it ever since – mostly for personal pleasure and internal spiritual battery-charging.

About 15 years ago my wife and I had joined with St. Johns Episcopal Parish in South bend, WA, and I became the alternate organist, playing generally every other week.

I remember sitting at the organ and turning the page to the next hymn which – although I knew the title of my favorite song – did not register when I read it. I started playing a portion as the introduction before the singing commenced and suddenly recognized the melody – and lost it. 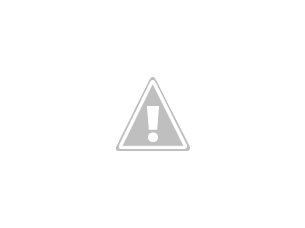 I become so confused with the commercial version – having never known that this song was originally a Christian hymn – that I lost my place and the congregation lost its place. I could not play it as written in the hymnal and so closed the book and played simply played by ear – of course losing synchronicity with how the congregation had for years casually sung this hymn.

This tune is probably my all-time favorite. It came into my life due to the efforts of an artist who eventually became a Muslim and is more noted in today’s world for his “Muslimness” than the beauty of his music.

From Wikipedia : Morning Has Broken

… a Christian hymn with lyrics written by Eleanor Farjeon (1881â€“1965). It can be found in the hymnals of many denominations. It was written in Alfriston.

It has often been erroneously attributed to Cat Stevens, who recorded a popular version of the song on his album Teaser and the Firecat.

The familiar piano arrangement was recorded by Rick Wakeman, a classically trained keyboardist with the English progressive rock band Yes. Wakeman was not credited with nor paid for his contribution. In 2000, Wakeman released an instrumental version of “Morning Has Broken” on an album of the same title.

The tune to which it is normally sung is called “Bunessan”, based upon a Gaelic melody. Before Farjeon’s words, it was used as a Christmas carol with lyrics which began “Child in the manger, Infant of Mary”. The English-language Roman Catholic hymnal also uses the tune for the hymn “This Day God Gives Me”.

Lyrics:
Morning Has Broken
As sung by Cat Stevens
lyrics by Eleanor Farjeon

And this, a poem I wrote about music

Spiritual thought is often expressed in tones of our hearts,
harmonic with feeling, our thinking’s alive when music starts.

Music is magic, the language of spirit, whose gentle sounds remind
of moments with feeling with words insufficient to help us find
a passion forgotten, a pleasure remembered, a tear once shed
in times of before when alone in our mind, our spirit was led
to places of vision where quick understanding of something profound
was ours to enjoy while feelings exploded in musical round.

When musical thoughts come a knocking to enter our feelings of pain,
they bring in their baskets rememberings sweet which had dormantly lain
asleep until needed, a gift from the past come alive in the now
to comfort the child who lay sleepless from worry and not knowing how
to summon the mother who sang oh so sweetly to bring on relief
when mortal confusions and misunderstandings were harboring grief.

We summon our music from memories laden with wisdom of old
when sweetness of melody, power of drum re-ignited the cold
silent flame of desire and the vigor for life in whatever is dealt
a soul up and dancing when hearing the tones for which courage is felt.

Love for the music that dwells within is a mark of wisdom’s presence.
Being wise as the serpents yet gentle as doves is your music in its essence.
Songs of the world dance with songs of the heart to oppose the burden of fear,
with music you more than just hear the Great Father — you feel his presence near.