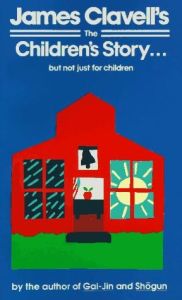 Our lives are living myths of our own creation. Our companion is our personal story, all the stuff inside we use tell us who we are and tell the world the same.

“Myth” is a word given too much work in how we share knowledge with one another. Many will not accept a myth because it is something built from nothing. Others say myth is illusion or a mistaken belief. When myth equates to the opposite of “fact”, how can we trust or use myth?

How much are our individual lives shaped by inner scenarios based on assumptions we have been taught to accept as absolutely true?

Do we live an inner myth that reflects how we’ve been taught the world “is” rather than how we’ve discovered the world to “be”?

Our personal mythical scenario is always on and is always running. Sam Keen has described myth as referring to

“an intricate set of interlocking stories, rituals, rites and customs that inform and give the pivotal sense of meaning and direction to a person, family, community or culture.
The myths we carry around inside include unspoken consensus, the habitual way of seeing things, unquestioned assumptions, and our ‘automatic stance’.”

A society lives on its own unconscious conspiracy to consider a myth the truth, the way things really are. Do we belong to the majority who are literal without thinking; men and women who are not critical or reflective about the guiding “truths” – myths – of their own group?

During that day I asked all kinds of people of every age, “You know the ‘I pledge allegiance…’, but before I could finish, at once they would all parrot it, the words almost always equally blurred. In every case, I discovered that not one teacher, ever — or anyone — had ever explained the words to any one of them.

Everyone just had to learn it to say it.

The Children’s Story came into being that day. It was then that I realized how completely vulnerable my child’s mind was — any mind for that matter — under controlled circumstances.

Normally I write and rewrite and re-rewrite, but this story came quickly — almost by itself. Barely three words were changed. It pleases me greatly because it keeps asking me questions…

Questions like what’s the use of ‘I pledge allegiance’ without understanding?

Like why is it so easy to divert thoughts and implant others?

Like what is freedom and why is it so hard to explain?

The Children’s Story keeps asking me all sorts of questions I cannot answer. Perhaps you can — then your children will…”

I have a copy of Clavell’s short story which is all of 17 pages long. I recommend you borrow or buy it for yourself.

“The Children’s Story” is a 4,300 word short story by James Clavell, which appeared in Reader’s Digest and was republished in book form in 1981. It is also the title of a 1982 short film based upon the story, that aired on Mobil Showcase. Wikipedia