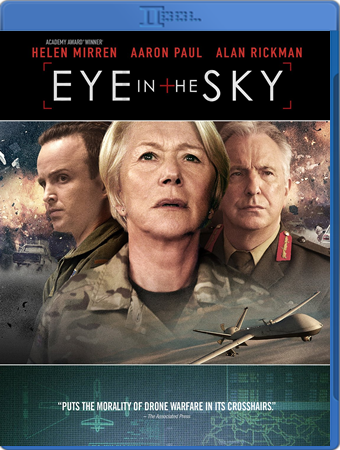 We watched Eye in the Sky which is a movie I would show to a college ethics class as mandatory viewing. Very well presented.
On this topic, Chris Hedges has presented another view of the same notions debated in the film.

Chris Hedges: It’s Our Bombs, Not Trump’s Comments, that Fuel Hatred Towards the United States – Veteran journalist Chris Hedges says though Clinton’s rhetoric on Muslims is more palatable, she has been an enthusiastic supporter of ‘bombing our way to peace’ in the Middle East

HEDGES: Well, islamophobia here is a doctrine that plays quite conveniently into the goals of the corporate state in the same way that anti-communism once played into the goals of our capitalist democracy. So the caricature of threats from the Muslim world independent of the actual possibility of those threats has especially since 9/11, one of the corner stones of the argument that has been used by the security and surveillance state to strip us of basic civil liberties, including for instance, under the Obama administration, misinterpreting the 2001 authorization to use military force act as giving the executive branch to right to assassinate American citizens. Of course Im talking about Anwar al-Awlaki and his 16-year-old son.
So the rise of islamophobia has been largely independent of anything Muslims have done other than perhaps initially the attacks of 9/11. The continued over 15 years of indiscriminate violence, industrial violence, delivered on whole swaps of the Muslim world has stirred up the kind of hornets nest that were seeing enraged not only among Muslims in the Muslim world but Muslims in Europe and many other parts of the globe who despite Clintons rhetoric see this as a war against Muslims. I think that although she speaks in kind of a softer and more tolerate tone, Clinton has been one of the main architects of the attacks for instance in Libya that have given or empowered or given rise to groups like ISIS. While Clintons rhetoric is certainly more palatable, she has been an enthusiastic supporter that we are going to bomb our way into peace in the Muslim world.