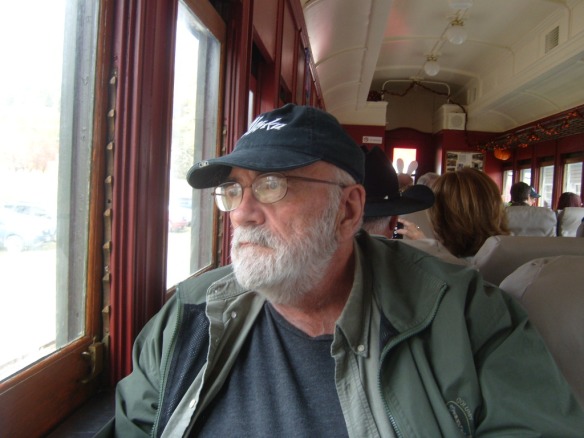 My wife, Lietta, wrote the best description of our Sunday afternoon:

On the train, a moment in history for NE Washington. It is the last Lions Train Ride they will be offering from Ione, WA to Metaline Falls, WA after 32 years. A WW II veteran was our host on the train car, named for him, John’s Car, and he broke down in tears as he gave departing talk about history, his time with the annual train rides, and this being the last that the train would operate.

He explained that the engine and therefore the train cars would be taken away as the usual route the engine takes on the rail road tracks to Usk, WA to haul lumber – those railroad tracks were condemned. Too costly to be repaired. 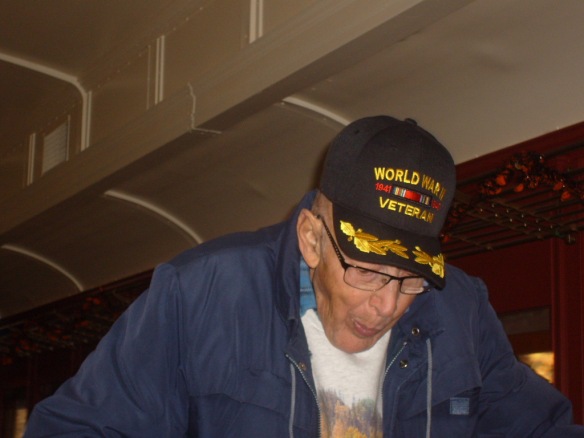 This is John, a long-time member of the Lion’s Club and, believe, has volunteered all 32 years of the Train Rides. A proud WWII Vet who gave us a tearful appreciation and farewell … very impressive gentleman, even if when in his all-business mode he threatened to smack me with his cane if I raised the window and stuck my head out while we were moving. 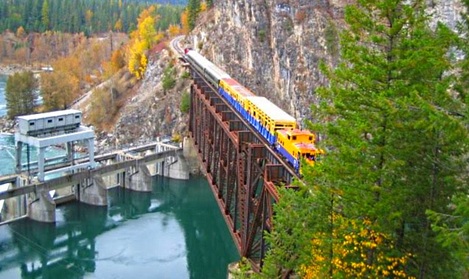