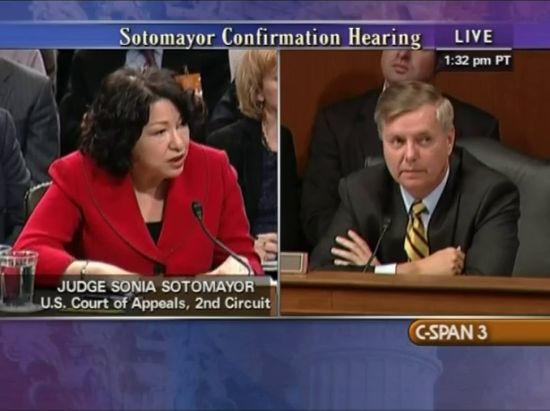 As Lietta reminded me when I completed this post, Kavvie said it. What goes around comes around.

A quite cowardly Baby-Boomer one of those who commands the attention of a nation. Lindsey Graham on my mind … A shame to my generation … actively performing for Trump and in hope of a cabinet position … as usual it goes to hypocrisy. His “man-child” favorite Judge Kavanaugh lost his temper, ranted and whined like a child in fear of losing his lollipop.

“If Sonia Sotomayor had put on the type of disgusting, aggressive, nasty, combative display we saw from Brett Kavanaugh this week, Republicans would have been ready to haul her off in a straight jacket. For that matter, if she’d acted like Lindsey Graham when he threw his temper tantrum during the hearing, they would have said she was unfit to sit on the Supreme Court.

Here’s a little flashback for anyone who would like to remind Graham what a huge flaming hypocrite he is when it comes to what he believes passes for fitness to serve on the highest court in our land.”