The Dismantled State Takes on a Pandemic Conservatives won their war on Big Government. Their prize is a pandemic.

You guys can point yer fingers at libtards, socialists, democrats and any others who see through the president’s snake oil. But your kindergarten conservatism has done snuck back to haunt you.

I’m looking for cogent rebuttals to this article, but please, no cliches from any of the Blowhard News Networks or sites.

I don’t know about foul cries over a mishandling of the H1N1 outbreak, but granting the validity of that rhetorical question, I ask one of my own:

If Trump is so smart why didn’t he learn from Obama’s mistake especially when we all knew – including President Simple – that this virus was far more rapid, virulent, contagious and dangerous?

The man who constantly brags about how smart he is certainly dropped the ball with his chance to outshine Obama. His press conference whining and tweeting as he points backward at Obama only makes him look shallow and childish.

He’s trying to drive his car while only looking at the rear-view mirror and crying, “It’s not my fault!”

Trump is not a real conservative.

A real conservative would have been the genuine article patterned by Barry Goldwater whom I admire. The closest we have nowadays are not in a position to have great effect. I speak of honorable politicians like Romney, Huntsman and Jeff Flake.

In the 1980’s I used to drive around Portland listening to Rush Limbaugh, saying “Go Rush!” After a while his pattern of angry rhetoric grew tiresome. It demonstrated little depth, no breadth, and lacked seriously considered substance. He had a shopping list of angry notions around which he built angry phrases aimed mostly at gullible white men. 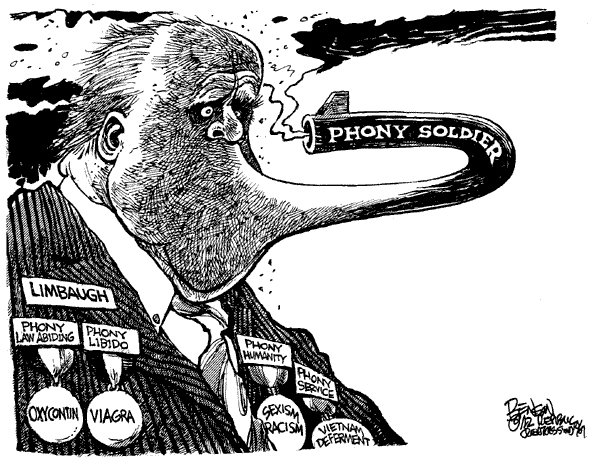 That is important to me and it was at that time that I think I resolved to not let someone else’s opinions become a limited encyclopedia by which I would evaluate life.

It’s left me somewhat isolated in who I would have a beer with. But it”s also left me free to do more than copy and paste dogmatic thinking and values.

I am genuinely angry and disgusted with Trump whose frail and thin-skinned capacity for leadership and statesmanship offend me deeply.

I was not raised, educated nor enculturated to admire someone like that.

I don’t understand how In the Mormon Corridor a respect for Ezra Taft Benson, a genuine conservative who served in the Eisenhower cabinet, could morph into hero-worship of Donald Trump.