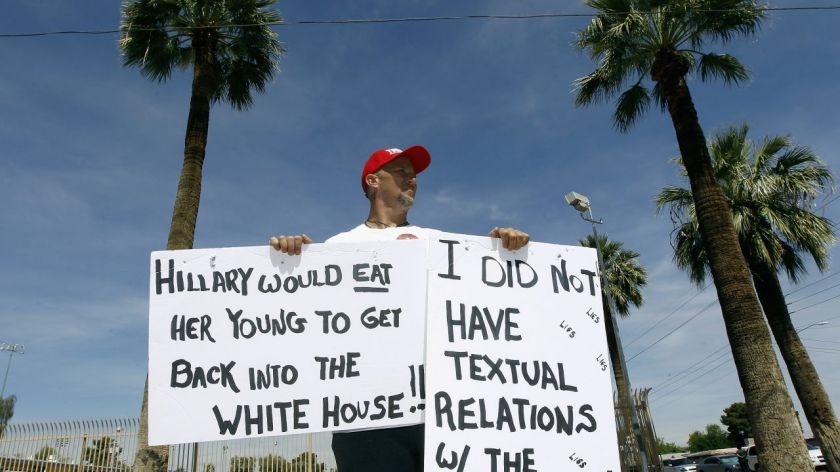 What’s Behind the Hillary Hatred Syndrome? – The Democratic contender has been disrespected like no other presidential nominee in history. Is it an accident that the rest of them were male?

This is where Gabler’s j’accuse is most apropos. Thrown off balance by their genuflections before the phony god of false equivalency, journalists had to strain to prove that they were not in the Clinton tank. Drowning themselves and their audiences in trivialities, it became a point of weird professional pride to batter away at this woman who, when she wasn’t too wonkish, was laughing too hard; if she wasn’t smiling too much, she was smiling too little — one way or the other always refusing to know her place.

Understandably transfixed by the spectacle of the vicious, bigoted demagogue sniffing around 1600 Pennsylvania Avenue, journalists missed another story: the reaction to the immense, unprecedented and culture-disrupting fact that a woman is poised to become president of the United States.

A woman! Imagine! A woman stands at the threshold of the men’s room!! And the protectors of that room are throwing up every bit of available debris to derail her.

And that, ladies and gentlemen, is the kind of misogyny I mean. The kind the mainstream media is too blind or too timorous to call out.

Be afraid men! Be very afraid!! This is awesome: Women voting at higher rates than men relative to 2012 in EVERY STATE