We pre-ordered the Audible version which downloaded to our Audible library when it became available. We are already up to chapter 27. Should be required reading/listening for anyone thinking Mr. Trump is on track for making America great.

“Fear is the most intimate portrait of a sitting president ever published during the president’s first years in office.” 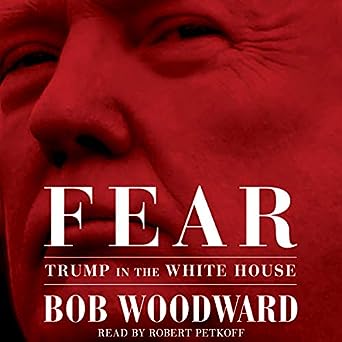 Newtown-Small said that insight into Trump’s mindset can be gleaned from “how he subdued he is.”

She then suggested that Trump may be spending his weekend deciding the fate of his son, Don Jr., who organized the infamous Trump Tower meeting that Manafort can now testify about.

“The next people are in line here are, frankly, Donald Trump Jr., who was at that infamous meeting in Trump Tower,” she said. “What happens when the president has to decide, ‘Is it my son who I throw under the bus next, with all the other people I’ve thrown under the bus?’ As they flip [people] increasingly close to the president, he must be very, very worried for his family and his presidency.”