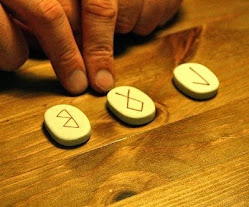 I collect Tarot decks and Rune sets and have three different Books about the I Ching and a 4th on my Kindle Fire. They are an extremely appreciated tool I use mostly for entertainment and self-knowledge.
I don’t read my fortune with any of them and do not believe in such things. If I did I would probably resort to more historical and pagan or prehistoric notions by killing and gutting a chicken and drying out its bones for tossing on a blanket and looking for portents. Course I’d have to let my hair and beard grow to excessive lengths, quit bathing, wear camel hair and eat grasshoppers and dates … but I digress.
For starters though I’d like to address the superstitious ideas of an extremely superstitious segment of our society:
Start a conversation about Ouija boards and you will invariably encounter active Christians who react instinctively with rejecting, considering such things dangerously occult – a tool of Satan.
Mention the Tarot, The I Ching, Runes and other forms of divination including astrology and you’ll encounter the same knee-jerk reaction that these also are tools of the Devil and must be avoided.

Yet many of these same believers will not hesitate to talk about moments when they’ve felt spiritual guidance in their lives through the same divining process; even occasionally coming to tears in relating their own experience of the mysterious from within a literal Christian mindset.

On more than one occasion I have heard practicing Christians tell me that they’ve opened the Bible to a random page, run their finger down to a verse picked randomly and found a specific verse timely to their question and purpose.

For them it was God’s spirit moving them to find God’s truth for their issue of the moment. On more than one occasion I have seen quoted the biblical injunctions against divination, wizards and familiar spirits that cannot and should not be trusted.

Yet these same quoting biblicists seem to remain unconscious of the fact of their own conscious acceptance of spiritual divination by trusting written words in a book they have come to accept as containing a spiritual communication of God to each person.

“God doesn’t communicate with people in that manner”

Oh yeah?
In the 24th chapter of Genesis Abraham’s servant blatantly requests God’s help in an act of divining – from God – who is to become Isaac’s future wife.

Divination by dreams occurs in a righteous context in Abimelech learning that Sarah was Abraham’s wife in a dream,

In Numbers, righteousness was the singular purpose and intent of the use by the priests of the Urim and Thummim, the mechanics of which must have had a similarity to those of modern workers with divination.

And yet there remain those strong words against wizards and familiar spirits from which now we live with a contemporary popular interpretation that condemns all divination as occult and a tool of the Devil.

Could it be that there is a genuine tangible and palpable difference between superstitious divination and the real thing as spoken of favorably in the Bible?

Acceptance of superstitious divination reflects people’s willingness to trust the mystic revelations of anyone purporting to foresee specific future events both general and personal.

From a negative standpoint, what comes to mind nowadays is the carnival fortune-teller who through use of a crystal ball or cards will declare something significant concerning the querent’s future – selling entertainment for a price.

The idea that God would warn Israel about wizards and familiar spirits as a protection against being deceived into harmful, rash or self-destructive actions based on gullibility makes sense.

But the idea that God was saying that divination in its purest sense, something available as a spiritual tool for all human beings, is evil and of the Devil is for me a false notion.

Our contemporary world is full of the results of contemporary Christian divinators: the prime practicioners being Rapture proclaimers like the prophets LaHaye, Jenkins and Hal Lindsey who gave us the late great planet earth. Like the Fat Texan John Hagee, these superstitious seers claim to have “divined” the meanings of the Book of Revelation and other Bible passages to construct a Rapture and End Times scenario that has impacted millions.

Divination itself is a function of communion between God and human beings. It is the essence of promptings by the Holy Spirit.

Furthermore, many people keep journals and diaries which are in truth expressions of personally divined perceptions. Journaling, when it avoids mere recitation of meetings, appointments and events, cannot help but be introspective and divinatory.

The act of writing out one’s thoughts on a daily basis is a powerful means of communion with one’s inner spirit – the mind is the place where the majority of human activity takes place – the mortal home of the soul.

Taking journaling one step further by setting aside time to write thoughts as they spontaneously occur without time for editing for propriety’s sake can be very revelatory.

Such writings need not be shared with anyone else, but if kept and pondered with questions such as:

“Why did I write that?”
“How come I wrote it that way?”
“Why am I so angry … so pleased … so offended … so happy?”
The effect is both healthy and instructive … a movement further along one’s own path.

Easton’s Bible Dictionary defines God-approved divination by lot as occurring in the choice of scapegoat by Aaron in Leviticus, in Numbers 26, in Joshua 7 and Samuel’s selection of Saul as king, in the choice of Mathias as Judas’ replacement in Acts.

Divination by lot seems to be that which most similarly resembles popular contemporary divination methods.

It began for me one day years ago when out of boredom in a book store I began reading a book entitled “A Guide to the I Ching,” by Carol Anthony.

My eye was caught by the following under a paragraph entitled “On being led” as “necessary to establish the relationship between the student and the I Ching:

A willing suspension of disbelief

This was a tiny powerful moment because I found myself reading the definition of how I had earlier in my spiritual life started on a different path wile still retaining my use of scripture – and coming to the spiritual place in which I now live.

I did not buy that book then, but as I continued scanning that “New Age” shelf I came across a marvelous book by Cynthia Giles, “The Tarot: Methods, Mastery and More,” a followup to here introductory The Tarot, History, Mystery and Lore

Expecting at first a Tarot “how to” what I discovered was that Giles, who has a Ph.D. specializing in Jungian Studies, was touting the Tarot as a means of self-exploration rather than a means of telling one’s own and other’s futures.

Among other things, she wrote of divination as a means of expanding ways of knowing one’s self, of wellness and rejoining body and mind, of growth uniting body and soul. I bought that book and read it … and reread it.

For the next 2-3 years in the 1990’s I bought a set of Runes, a Tarot deck, the I Ching book, commenced my exploration … and found myself amazed. In all three contexts, that which I learned as “revealed to me through divination tools” was essentially identical -the same information – in each context.

I realized then that journaling and techniques that task the mind and imagination creatively became a fascinating and enjoyable labor of love.

I found a means of exploring the inner self in a deliberate absence of seeking external mystical sources as portrayed by others who also used these tools.

I was not seeking to know the future, or some sort of channeled wisdom. Carried on independent of the need for outside religious approval based on someone else’s magic or assumptions, I found myself further down my path toward a more direct communion with the reality of God – as I have exprienced God – than I’d ever intended or anticipated.

Eventually, with a greater understanding of myself, I designed another device for divination more in line with how I seem to be wired.

“Make your own Bible. Select and collect all the words and sentences that in your reading have been like the blast of triumph out of Shakespeare, Seneca, Moses, John and Paul.” – Ralph Waldo Emerson”

It’s a book I built in which I’ve collected what I consider the most important grains of wisdom I have found. It is also dominated by but not limited to the words of Jesus which I believe to be authentic or close to it. It’s a living book in that it grows when I encounter something new that merits inclusion in my Muse Book.

Some who read this article are probably not aware that something they’ve written may very well be in my special collection. When I use it, I refer to it slowly and in a patient, almost leisurely manner, exercising faith in spiritual communion with the divine and trusting the process.

In closing, I’ll say this. There are millions who know this stuff – many who are younger than I and yet knew it long before I did. I join with them in a path toward greater understanding of self and mystery. 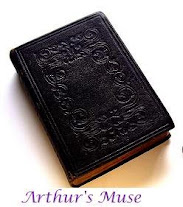 2 thoughts on “My own home-made divinator/muse”